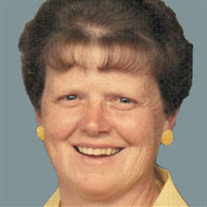 Dorothy Louise (Barlow) Williams, age 78, passed away in the comfort of her home surrounded by her loving family on January 23, 2022. Dorothy was born in Kingwood, West Virginia on June 25, 1943, the daughter of the late Helen and Henry Barlow. She graduated from Kingwood High School in 1961 and then attended Fairmont Business College where she earned her business degree. Dorothy worked at Ron’s Garage in Brimfield alongside her husband Ronald and son Kevin for 36 years. Dorothy was a devoted wife, mother and Maw Maw. In addition to her parents, Helen and Henry Barlow, Dorothy was preceded in death by her mother and father-in-law, Marie and Gail Williams; sister, Annabelle Barlow; and brothers, Larry Barlow and James Barlow. Dorothy is survived by her loving husband of 59 years, Ronald Williams; sons, Kevin (Bo) Williams and Gail (Brenda) Williams; daughter, Sue (Allen) Houston; grandchildren, Shannon Honeycutt, Kole Williams, Kent (Alyssa) Williams; and great-granddaughter, Oakleigh Williams. She is also survived by brothers, Charles Barlow and Rex (Laura) Barlow; sisters, Mary DeBerry, Doris Voytek, Lucy Williams and Peggy Zeigler. As well as many nieces, nephews, and special friend, Carol Moyers. Dorothy never met a stranger. She was always sassy, silly, and brutally honest. She enjoyed baking, crafting, and being around her family and friends, but most of all she loved playing kickball, badminton, and Indian ball in her front yard with her grandkids. The family wishes to send a special thank you to Lora Wagner and Rex and Laura Barlow for all their love and support. Friends and family may visit on Friday, January 28th from 5 p.m. to 8 p.m. and on Saturday, January 29th from 11 a.m. to 12 p.m. at Hopkins Lawver Funeral Home, 547 Canton Road, Akron (Ellet), Ohio 44312. A funeral service will begin at noon on Saturday, January 29th with Pastor Dwayne Ray officiating. Burial will follow at Hillside Memorial Park. (Hopkins Lawver, AKRON, 330-733-6271) www.hopkinslawver.com

Dorothy Louise (Barlow) Williams, age 78, passed away in the comfort of her home surrounded by her loving family on January 23, 2022. Dorothy was born in Kingwood, West Virginia on June 25, 1943, the daughter of the late Helen and Henry Barlow.... View Obituary & Service Information

The family of Dorothy Louise (Barlow) Williams created this Life Tributes page to make it easy to share your memories.

Dorothy Louise (Barlow) Williams, age 78, passed away in the...