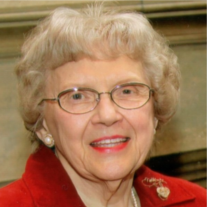 Amy Kathleen “Kathy” Reed Amy Kathleen “Kathy” Reed, age 84, went home to be with her Lord on Saturday, April 13, 2019, after a long battle with dementia. Daughter of Kenneth and Ruth Spickard, she was born on June 26, 1934, in Clinton, Tenn. Kathy gave her life to the Lord as a young girl and enjoyed teaching kids in Sunday school and AWANA Bible Club. God put a love for music in her heart and she spent her life praising God in various choirs and singing groups. She was a devoted wife, mother and grandmother. In addition to her parents, she was preceded in death by her beloved husband, Bob, in 2003. She is survived by her three sons, Jeffery (Janet) Reed of Gallipolis, Ohio, Kenneth Reed of Stow, Ohio, and Robert (Mindy) Reed of Huntington, W. Va.; seven grandchildren, Danny, Debbie, Jackie, Maddie, Landon, Olivia and McKaylee Reed; and brother, Mark (Marie) Spickard. Friends and family will be received Tuesday, from 6 to 8 p.m. at Hopkins Lawver Funeral Home, 547 Canton Road (Route 91), Akron (Ellet), Ohio 44312. Funeral service will be held Wednesday, 10:00 a.m. at the funeral home. Burial will follow at Greenlawn Memorial Park in Akron.
To order memorial trees or send flowers to the family in memory of Amy Kathleen "Kathy" Reed, please visit our flower store.