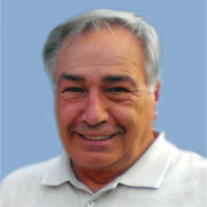 Charles H. Green, age 77, passed away on January 24, 2018 leaving our hearts heavy with loss, but our minds clear of the lessons he left behind. Born on October 11, 1940, the only male baby during the nurses’ shift, they named him “Butch” – a nickname that stayed with him for many years until he changed it to “Chuck”. He lived and worked in many places as an accomplished architect and later a tech advisor at Summit Racing when he returned to the Akron area in the 90’s. His travels took him to Norway, St. Thomas, Africa and Italy. After his travels he returned to Akron to aid in the care of our ailing mother, Beatrice. Preceded in death by his father, El Green and mother, Beatrice, he is survived by son, Richard Green of Akron; sister, Linda Farwell (Richard); loving and devoted partner, Judy Dimengo; grandchildren, Chelsea Green and Tyler Green; many loving nieces and nephews and devoted friends. Chuck served as a member of the Honor Guard for Mogadore VFW Post 8487 and belonged to the Turner Club and Akron Yacht Club. He enjoyed golfing, drag racing and socializing. We are grateful to all the doctors and nurses for such wonderful care throughout his journey into God’s loving arms. Family and friends will be received Monday, from 5 to 7 p.m., and Tuesday, from 9:30 to 10:30 a.m. at Hopkins Lawver Funeral Home, 547 Canton Road (Route 91), Akron (Ellet), Ohio 44312. Funeral service will be held Tuesday, 10:30 a.m. at the funeral home with The Rev. Robert W. Tauscher Jr. officiating. Burial will follow at Hillside Memorial Park. Memorials may be made to the family. (Hopkins Lawver, AKRON, 330-733-6271) www.hopkinslawver.com
To order memorial trees or send flowers to the family in memory of Charles H. Green, please visit our flower store.