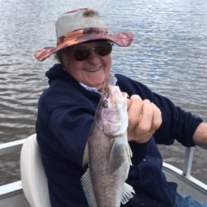 Chuck Simmons, age 77, passed away on August 29, 2018. Born in Beverly, West Virginia he lived in Akron, Ohio. Chuck retired from horse training and went on to become owner of CE's Auto. His hobbies included fishing, spending time with his family and his grandchildren. He enjoyed time with his “70 and Older Club” playing cards and sharing stories. Chuck was recently preceded in death by brother, Bob; sister, Ruth; his son, Chucky; and sister-in-law, Janet. He is survived by his wife of 55 years, Judy Simmons; his sons, Bill (Mary) and Ed (Samantha); and his daughters, Bonnie (Woody) and Cindy (Don); 11 grandchildren and five great-grandchildren; brothers, Bill and Dick (Sheri); and sister, Millie (Truman) Bennett. A celebration of his life will be held at Cuyahoga Falls Church of the Nazarene, 330 East Bath Road, at 2 p.m. on September 1st. In lieu of flowers, please make a donation to a charity of your choice. (Hopkins Lawver, Akron, 330-733-6271) www.hopkinslawver.com
To order memorial trees or send flowers to the family in memory of Chuck Simmons, please visit our flower store.

Cuyahoga Falls Church of the Nazarene