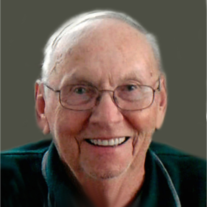 Clarence “CK” Kennedy”, age 90, went home to be with the Lord on July 23, 2018. He was the patriarch of five generations and was a great example to everyone. Born in Monroe Center, Ohio, Clarence grew up in Conneaut, graduated from Rowe High School in 1946 and went on to college with a full scholarship. He moved to Mogadore in 1961 and retired from General Tire. Clarence coached youth baseball and football and was an advocate for youth sports. He and his wife also served as foster parents for two children. Clarence was able to maintain decades-long relationships with many of the young people he mentored. In his spare time, he enjoyed golfing and bowling. Preceded in death by his parents; four siblings; daughter, Bonni O’Brien; and son, Jerry Kennedy; Clarence is survived by his wife of 72 years, Dorothy; daughter, Susan Kennedy (Richard Meese); son-in-law, Ron O’Brien; daughter-in-law, Mary Elizabeth Kennedy; nine grandchildren; eight great-grandchildren; seven great-great-grandchildren; and sister, Leota Cole. Funeral Service will be held Thursday, 12 noon at Hopkins Lawver Funeral Home, 547 Canton Road (Route 91), Akron (Ellet), Ohio 44312. Friends and family will be received at the funeral home prior to the service on Thursday, from 10 to 11:30 a.m. Private burial will take place at Greenwood Cemetery in Mogadore. (Hopkins Lawver, AKRON, 330-733-6271) www.hopkinslawver.com
To order memorial trees or send flowers to the family in memory of Clarence "CK" Kennedy, please visit our flower store.