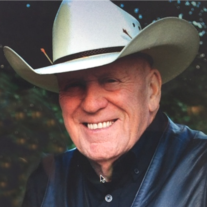 David V. Hohlbaugh, a soldier in God’s Army, was called off the front lines on November 11, 2019, Veterans Day, at the age of 80. He entered into the presence of his beloved Savior, where he heard, “Well done, my good and faithful servant.” David was born and lived in Akron, Ohio and attended Springfield High School. He served his country in the Ohio Army National Guard. David was a self-employed mason for over 60 years and a faithful Pastor at Marlboro Assembly of God for 38 years. He was an avid collector of anything on wheels and if something was broken, he could fix it! David was preceded in death by parents, George & Alice Ree Hohlbaugh and his five siblings. He is survived by Carolyn, his wife of 58 years; son, David (Karen); daughters, Betty (Steve), Holly (John) and Heather; grandchildren, Nina, Steven (Katti), Garrett, Hailee, Justin, Abigail, Kelly and Cody. Dad never met a stranger and was ready to minister to people from the congregation, their families, friends and those in the community. He will be deeply missed! Pastor Dave was passionate about supporting our missionaries around the world. In lieu of flowers, please donate to the Marlboro Assembly of God Missionary Program. Donations can be sent to Marlboro Assembly of God, 12600 Marlboro Ave., Alliance, OH 44601. Family and friends can join us in celebrating Dave’s life on Friday, November 15 from 3 to 7 p.m., and on Saturday, November 16 from 10 to 11 a.m. at Akron Springfield Assembly of God, 1551 Canton Road, Akron, OH 44312, where Funeral Service will follow at 11 a.m. on Saturday. (Hopkins Lawver, Uniontown, 330-733-6271) www.hopkinslawver.com
To order memorial trees or send flowers to the family in memory of David V. Hohlbaugh, please visit our flower store.