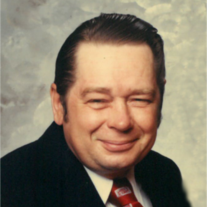 Garry V. Shilling, age 79, passed away July 12, 2019, after a long illness. Born in Akron, he was a life resident of Lakemore, and graduated from Springfield High School in 1958. Garry was a veteran of the U.S. Army, and was stationed in Korea. He was employed at Edwin Shaw Hospital, and served as the union representative. Garry enjoyed researching old coins, and creating humorous stories to entertain his family and friends. Preceded in death by his parents, Virgil and Marie Shilling; wife, Ann Shilling; and good friend Alan Barrett. Garry is survived by his brother, Jon R. Shilling (Patricia Anderson); and his cat, Spuds. Friends and family will be received Thursday, from 1 to 3 p.m. at Hopkins Lawver Funeral Home, 547 Canton Road (Route 91), Akron (Ellet), Ohio 44312. Funeral service will follow the visitation on Thursday at 3 p.m. Private Burial will take place at the convenience of the family, at Ohio Western Reserve National Cemetery.
To order memorial trees or send flowers to the family in memory of Garry V. Shilling, please visit our flower store.