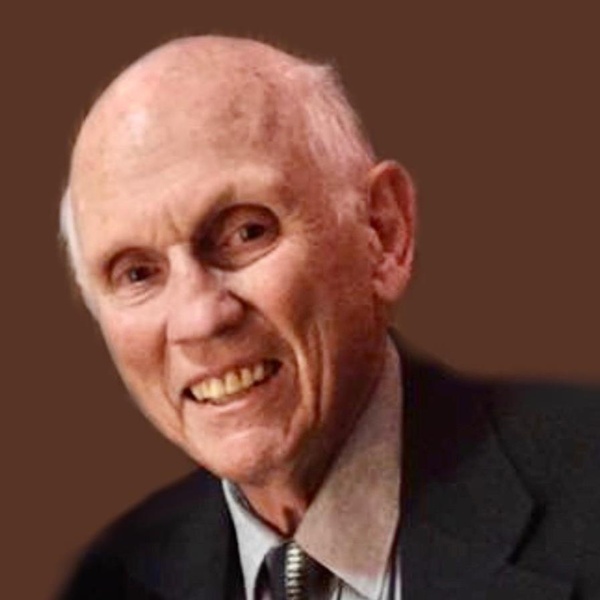 George E. Auten February 16, 1934 - March 26, 2020 (86 years old) George E. Auten, beloved husband, father, grandfather, teacher and coach, died peacefully surrounded by his family, on Thursday, March 26, 2020. He was born on February 16, 1934 to George and Almeda Auten. George graduated from Buchtel High School in 1952. He then attended the University of Akron where he was a 3-sport, three-year letter winner in swimming, track and football. He was also a member of the Phi Delta Theta fraternity. He graduated in 1956 and went on to receive his Masters of Education shortly thereafter. George served as a Captain in the Army Reserves from 1955-1961. George was a pillar of the Ellet community. ‘Mr. Auten’ to his students, he taught history, social studies, and community service at Ellet High School from 1957-1997 and served as their Athletic Director from 1982-2006. George also guided and mentored hundreds of young men throughout his years of coaching at Ellet. He was the head Boys Track coach from 1958-1993, and served as an assistant football coach from 1964-1999. ‘Coach Auten’ to his athletes, George was awarded the prestigious Akron Beacon Journal Clem Caraboolad Coach of the Year Award in 1992, and the Track complex at Ellet High School was named “George E. Auten Track and Field” in his honor. George was inducted into the Summit County Sports Hall of Fame in 2005. Even after his years of coaching were over, he and his wife could be seen in the stands supporting and cheering on the Orangemen at many sporting events. George was well-known for his smile, kindness, and genuine sincerity to all he met. Along with his parents, George was preceded in death by his son, Stephen, and his brother, William. George is survived by his devoted wife of 65 years, Marie; daughters, Cheryl (David) Hughes, Pamela (Dave) Datsko; grandchildren, Laura (Bill) Axline, Erik (Kristina) Datsko, Lesli Datsko-Miller, Stephen (Allee) Hughes, Kelli (Will) Lansinger, Matthew Datsko, and Hannah (Eli) Blakley; eight great-grandchildren; sister, Kathryn Damude; and many nieces and nephews. Services for George will be private due to the current environment surrounding the coronavirus. The family will host a community Celebration of Life at a future date to be announced. In lieu of flowers, please consider a donation to Ellet High Boosters Club, 528 Amberwood Drive, Akron, OH 44312, in George’s name. (Hopkins Lawver, Akron, 330-733-6271) www.hopkinslawver.com
To order memorial trees or send flowers to the family in memory of George E. Auten, please visit our flower store.