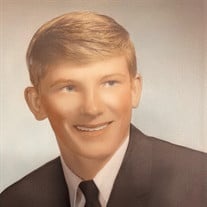 Born in Akron, he was a lifelong resident of the area. He graduated from Springfield High School in 1970. Jim retired from Kenmore Construction after 42 years and was a member of the Laborers Local Union 894. He enjoyed being in his garage and spending time with his grandkids.

To order memorial trees or send flowers to the family in memory of James L. Rex, please visit our flower store.