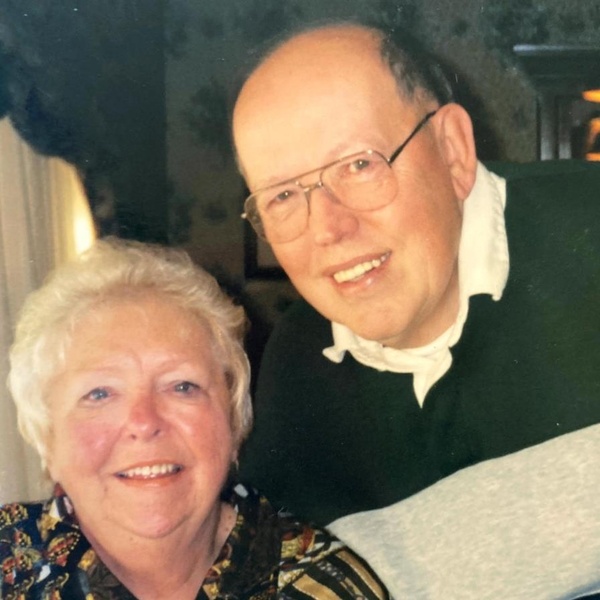 “Together Again” James W. Tyson, age 91, passed away on August 22, 2021. Born in Akron, he lived in Mogadore for over 40 years. James graduated from Mogadore High School and Kent State University. He served in the Army during the Korean War as a Lieutenant in the Infantry. James was employed by the Firestone Tire and Rubber Company and was manager of customer service at the time of his retirement. He had also been a member of the Mogadore Christian Church since 1940. James was preceded in death by his parents, James E. and Genevieve Tyson; his wife of 36 years, Wanda; sons, Steven and Louis Tyson; step-daughters, Rhonda and Tamara Horton. He is survived by his daughter, Aleta (Michael) Fisher; grandchildren, Valerie (Adam), Dan (Matt), Heather, Melany (Adam), Tabitha, Zachary, Ben (Emerson), Jared (Alma), Aaron (Lauren), Nathan (Leann); daughter-in-law, Shelise (Michael); great-grandchildren, twins Isabella and McKayla, Lincoln, Atticus, and Adalyn. The family would like to thank all of his caregivers and hospice comfort keepers for their kindness. Friends and family will be received Wednesday, August 25th, from 12 to 1 p.m. at the Hopkins Lawver UNIONTOWN Funeral Home, 3553 Northdale Street NW (one block NW of the square of 619 & Cleveland Avenue), Uniontown, Ohio 44685. A funeral service will be held immediately after at 1 p.m. with Pastor Higgins officiating. Burial will follow at Hillside Memorial Park in Akron. (Hopkins Lawver, UNIONTOWN, 330-733-6271) www.hopkinslawver.com
To order memorial trees or send flowers to the family in memory of James W. Tyson, please visit our flower store.