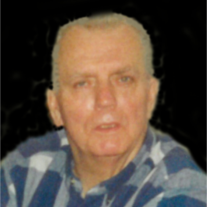 John Frank Burns John Frank Burns, age 88, passed away March 18, 2019 from a prolonged illness. He was born and lived most of his life in the Akron area. John graduated from Garfield High School and was a Korean War Veteran where he served as a U.S. Marine. John later retired from Goodyear after 39 years of service. Preceded in death by his parents, James and Hilda Burns; brothers, Donald, Richard, Wayne, Jimmy, William; and sister, Mary; John is survived by his loving wife of 58 years, Florence; son, Barry (Kathy); daughter, Brenda (David) Zink; grandchildren, Josh, Marshall, Noah and Janel; sister, Helen; many nieces and nephews. Friends and family will be received Wednesday, from 5 to 7 p.m., at Hopkins Lawver Funeral Home, 3553 Northdale Street NW, UNIONTOWN, Ohio 44685 (one block NW of the square of 619 & Cleveland Ave.) Funeral service will be Thursday, 11 a.m., at the funeral home. Burial will follow at Rose Hill Burial Park where military honors will be conducted.
To order memorial trees or send flowers to the family in memory of John Frank Burns, please visit our flower store.