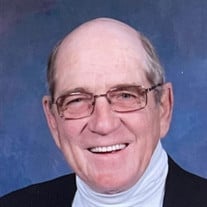 Joe was born in Ashburn, Georgia on October 26, 1938 to Willie Beatrice and Thomas Jefferson Boles. He moved to Ohio at age 5 and spent a majority of his life in Ohio. In his teens, he was a pin setter at local bowling alleys and loaded trucks at Royal Crown Cola. He graduated from Hower High School in Akron, Ohio in 1957. Joe graduated from the University of Akron in 1964 and was a member of Tau Kappa Epsilon fraternity. He was employed by B. F. Goodrich for over 20 years in Akron, Ohio and in Marion, Ohio. Joe then worked for Parker Hannifin for 14 years until he retired in 2001 and returned to the Akron area. While employed by Parker Hannifin, Joe served as plant manager in Manhattan, Kansas from 1989 to 1998, and then worked at the Parker-Hannifin division headquarters in the Cleveland area, where he was a project manager of manufacturing services.

Joe was an active member of Oak Hill United Presbyterian Church in Akron, Ohio where he served as an elder. He was also an avid reader and long-time supporter of the Lake Friends of the Library. His hobbies included: golfing, bowling, gardening, woodworking, carving and making peanut butter fudge for family and friends. Joe always put family first and loved to watch his children and grandchildren in their many sporting events and activities. Since his time at the University of Akron, Joe and his fraternity brothers held a monthly poker game spanning their 60 years of friendship. He was active in support of local collegiate athletics, being a season ticket holder for the Kansas State Wildcats football team, as well as the University of Akron Zips basketball and football teams.

The family will receive friends on Monday, July 25, 2022 from 10:00 am to noon at Oak Hill United Presbyterian Church, 2406 Ardwell Avenue Akron, Ohio, followed by a memorial service. In lieu of flowers, the family suggests donations be made to Oak Hill United Presbyterian Church in his name, or spend some extra time with those you love. The family asks that you share any photos and fond memories of Joe at www.mykeeper.com/profile/josephboles.

To order memorial trees or send flowers to the family in memory of Joseph E. Boles, please visit our flower store.