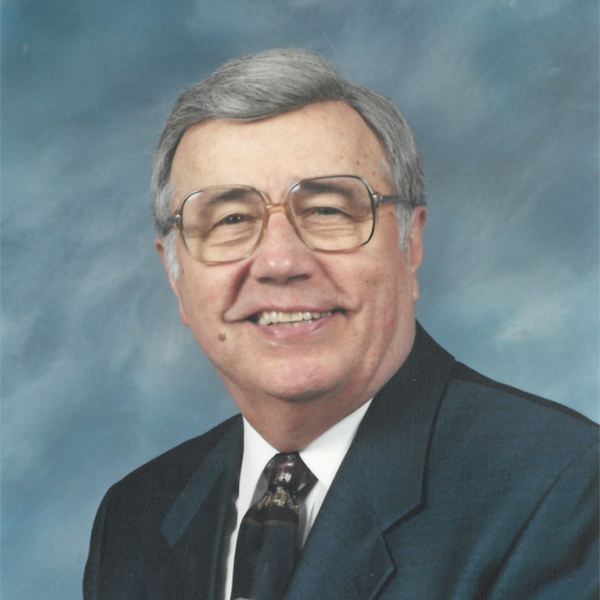 Joseph B. Serbin, Pastor of Springfield Assembly of God for 40 years, went home peacefully to be with the Lord on Tuesday, May 10th after several months of declining health. At the age of 90, he still attended his beloved church faithfully until the middle of March when he went into the hospital for the last time- after which he never returned home. Pastor Joe, as he was known since retirement, loved being a pastor. He was not just someone who ministered from the pulpit; he was a friend to everyone in the congregation, participating in their sports teams and social activities as well as specifically “church” gatherings. When the church was involved in several building programs, he never asked people to do anything he was not willing to do also. Yet, as one associate pastor observed, “When Pastor came into the room, you knew immediately he was in charge.” He was born in Philadelphia, Penn. to parents, Joseph and Catherine (Harbonovich) Serbin. He was the youngest of six and his sisters declared he was spoiled rotten! After high school he attended the University of Pennsylvania for two years to become a chemical engineer. But finally, realizing God was calling him into full-time ministry, he transferred to Central Bible College in Springfield, Mo., graduating in 1953 with a degree in Theology. He also met his future wife, Bernice Foote, at CBC and they were married the following September. The next three years were spent in Quincy, Mich., where they planted a new AG church. From there to Cleveland, Ohio, where he served as Assistant Pastor of First Assembly of God for five years. In the fall of 1961, Pastor Joe was elected pastor of Springfield Assembly of God where he served faithfully for the next 40 years, retiring in 2001 at the age of 70. Those were the happiest years of his life, raising his family in the Springfield community and allowing them to attend the same school system all the way to graduation- a privilege many pastors’ children do not enjoy. He dearly loved his family and was a wonderful father, grandfather, and great-grandfather to all of them. Pastor Serbin was pre-deceased by his parents, his brother John Serbin, sisters Anna, Stephena, and Ruth Serbin, and son-in-law Robert Blythe. He is survived by his loving wife Bernice, sister Olga Prem, Son Richard (Sue) Serbin, daughters Marilyn Blythe and Sheryl Huff; grandchildren Meredith (Brian) Duncan, Kyle (Natasha) Serbin, Joe (Tabitha) Blythe, Bethany (David) Foell, Jordan Huff, Katie (Jayme) Donnelly; great-grandchildren Tanner and Avery Duncan; Kolton, Nolan, and Joel Serbin; Daniel and Ruby Jo Blythe; Micah Foell; and sister-in-law Anne Serbin. Calling hours will be at Springfield Assembly of God on Friday, May 13, 2022 from 4:00 PM to 7:00 PM and Saturday, May 14, 2022 from 10:00 AM to 12:00 PM with the funeral service immediately following at noon. Burial will take place at Mt. Peace in Hartville. In lieu of flowers, it would please the family if donation could be made to the Springfield Assembly “Fueled by Faith” fund in memory of Pastor Joe, who would have loved to see that project completed.
To order memorial trees or send flowers to the family in memory of Joseph B. Serbin, please visit our flower store.