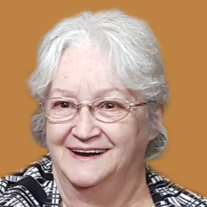 Judith A. “Judy” Porter, age 73, passed away on July 13, 2018 after a long battle with liver disease. Born in Mogadore to Malcolm and Mary Robb, she was a lifelong area resident. Judy retired from General Tire after many years of service, later also retiring from GBS. She enjoyed crocheting and baking, but her greatest passion was being with her family, especially her grandchildren. Judy was preceded in death by her son, Kevin; her beloved partner, Larry Ray; and sister, Vicky. She is survived by son, Robert (Linda); daughter, Michelle Porter; grandchildren, Jeremy (Megan), Andrew (Nikki), Katlyn (Aaron) and Ryan; great-grandchildren, Domanick and Lilly; and sister, Tracy Seese. Family and friends will be received Tuesday, from 5 to 7:30 p.m. at Hopkins Lawver Funeral Home, 547 Canton Road (Route 91), Akron (Ellet), Ohio 44312. Funeral Service will follow the visitation Tuesday at 7:30 p.m. Private burial will take place at Hillside Memorial Park. (Hopkins Lawver, AKRON, 330-733-6271) www.hopkinslawver.com
To order memorial trees or send flowers to the family in memory of Judith A. "Judy" Porter, please visit our flower store.