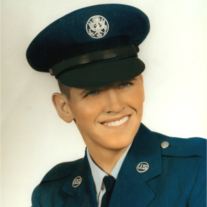 Larry D. Hershberger, age 70, passed away peacefully on August 21, 2018 after a courageous battle, and went home to be with the Lord. Born in Canton, Ohio to Daniel and June Hershberger, he lived in the Akron area most of his life. Larry served as a Staff Sergeant in the U.S. Air Force for eight years, and retired from the U.S. Postal Service in 2013 after 36 years, for total of 44 years of service. Larry was a faithful member of Calvary Temple. He was preceded in death by his parents, Daniel and June. Larry was a very loving husband to his wife of nearly 45 years, Kiyomi. He is also survived by his sisters, Judy Bazzle and April (John) Griggs; and nephews and nieces, Robert and Marie Bazzle, Daniel, Michelle and Jay Griggs. Larry will be dearly missed by other relatives and friends. Family and friends will be received Monday, from 11 a.m. to 1 p.m. at Hopkins Lawver Funeral Home, 547 Canton Road (Route 91), Akron (Ellet), Ohio 44312. Funeral Service will follow the visitation at 1 p.m. Monday, with Pastors John Walker and Lindsey Hayes officiating. Burial with military honors will take place at Sunset Hills Memory Gardens. The family suggests memorials to Calvary Temple, 3045 Albrecht Avenue, Akron, OH 44312. (Hopkins Lawver, AKRON, 330-733-6271) www.hopkinslawver.com
To order memorial trees or send flowers to the family in memory of Larry D. Hershberger, please visit our flower store.