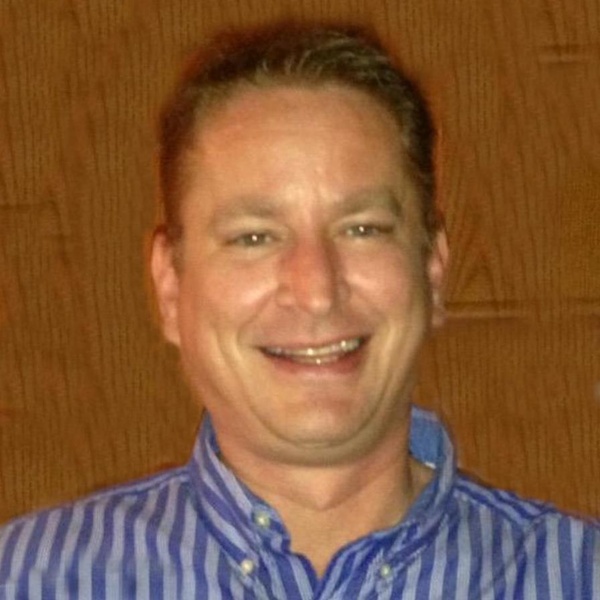 Marc Wesley Rose, age 50, passed away unexpectedly May 24, 2020 at his home in Mechanicsville, Virginia. Marc was born on July 19, 1969 in Lansing, Michigan. He was the son of Rodney A. and Carol A. Rose of Uniontown, Ohio and a 1987 graduate of Lake High School in Uniontown, Ohio. Marc earned a B.S. in Chemistry and his M.S. in Paper Science & Engineering from the University of Miami of Ohio. He earned his M.B.A. from the University of Virginia. While at Miami of Ohio, he served as treasurer of his college’s chapter of the American Chemical Society in 1988 and its president in 1989, and was a member of the Lambda Chi Alpha Fraternity, where he served as scholarship chair. After graduation, Marc worked for EKA Chemicals and Bay West Paper Company before accepting a position with Philip Morris (Altria) as a Senior Research Scientist where he was awarded 14 patents, with several in progress. Marc was an avid sports fan of the Ohio State Buckeyes, the Cleveland Indians, and the Cleveland Browns. He looked forward to every professional draft, college and professional season, and especially March Madness. Marc earned the number two spot in USA Today’s Fantasy Football League in 2005. All who knew Marc admired his love for animals. Marc was known to rescue baby animals that needed assistance. He was a proud contributor to the ASPCA and he adopted many homeless dogs and cats. Marc’s family and his many friends especially appreciated his sharp wit and infectious laugh, which initiated and propagated many good times and memories. Marc is survived by his parents; brother, Rodney L. Rose of Massillon; and sister, Theresa (Benjamin) Warnick of Uniontown; nephew, Grant Warnick; nieces, Audrey Warnick and Alaina Warnick; and his beloved dog Alex. He is preceded in death by his grandmothers, Kathleen Bonifas (nee Clarke) and Lavina Crippen (nee Viancour); and grandfathers Wesley Rose and Wendell Crippen. The family is thankful for the many thoughts and prayers articulated by so many of Marc’s friends and colleagues and all the love and support. Friends and family will be received Tuesday from 4 p.m. to 7:00 p.m. at Hopkins Lawver Funeral Home, 3553 Northdale Street NW (one block NW of the square of 619 & Cleveland Avenue), UNIONTOWN, Ohio 44685, with one hour of visitation prior to the service on Wednesday. Funeral service will be held Wednesday at 11 a.m.. Burial will follow at Greentown Cemetery. In lieu of flowers, please donate in Marc’s memory to the American Society for the Prevention of Cruelty to Animals.
To order memorial trees or send flowers to the family in memory of Marc W. Rose, please visit our flower store.