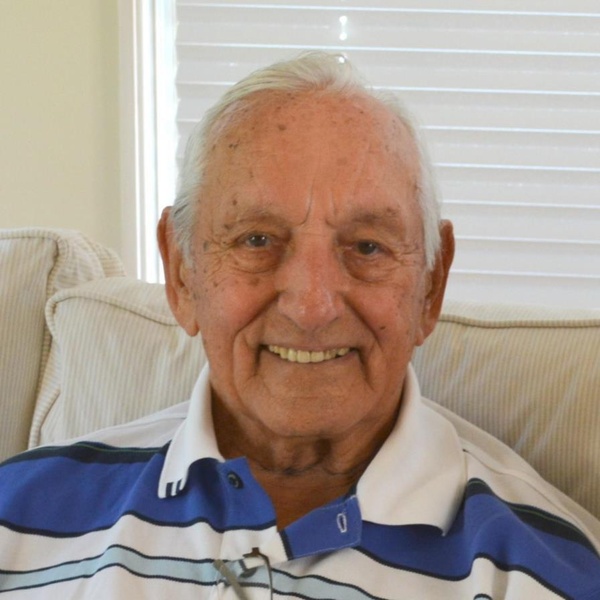 Ralph B. Darrow, age 94, passed away on April 10, 2022. He was born January 3, 1928 to the late Bert and Helen Darrow. He grew up in Ellet, attending Ellet schools through ninth grade before transferring to Hower Vocational where he graduated from the auto mechanic program in June 1946. It was here that Ralph met his beloved wife, Jewell Thigpen, while giving a graduation speech. Ralph and Jewell would have been celebrating their 75th wedding anniversary this month. Ralph had many accomplishments throughout his life. He was a Boy Scout and Assistant Scout Master through Ellet Presbyterian Church and later attained the Life Scout Award through East Market Church of Christ, where he was Explorer Advisor and Scout Master for 15 years. He worked for 35 years with the A&P Tea Company, working his way up the ladder from manager to director of purchasing. But Ralph’s biggest career accomplishment was founding Darrow Family Foods in 1979. He was the president of the store for 17 years, expanding over time to a five store supermarket chain. Ralph was very proud of his family. He built his home and raised his two children in Springfield Township with his wife, spending his later years in Fort Myers, FL. He was an avid boater and golfer, world traveler, and enjoyed many wonderful cruises with family and friends. Ralph was preceded in death by his parents and daughter, Karen L. Thompson. He is survived by his wife, Jewell F. Darrow; son, David R. Darrow (Denise); grandchildren, Julie Davis (Dan), Steve Thompson (Lesa), and Amy Darrow; great-grandchildren, Derek, Katie, and Chelsea Davis, Lauren and Ryan Thompson, Emmanuel and Isabel Lopez. In lieu of flowers, donations may be made to a charity of your choice. Friends and family will be received Friday, April 22nd from 11 a.m. to 1 p.m. at Hopkins Lawver Funeral Home, 547 Canton Rd. Akron (Ellet), Ohio 44312. A funeral service will begin at 1 p.m. with Pastor Duane Ray officiating. Burial will follow at Hillside Memorial Park.
To order memorial trees or send flowers to the family in memory of Ralph B. Darrow, please visit our flower store.