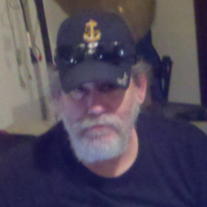 Richard D. Brown, age 71, passed away on November 6, 2018. Born in Columbus, Ohio, he was a life resident of the Akron area. Rick was a graduate of Springfield High School and served in the U.S. Navy from 1967 to 1970. He was employed at Goodyear Aerospace for many years. Rick was a friend of Dr. Bob and enjoyed 30 years of sobriety. His hobbies included photography and playing guitars. Preceded in death by his parents, Robert and Virginia Brown, Rick is survived by his sister, Barbara (Brown) Burkhardt. Family and friends will be received Friday, from 10:30 a.m. to 12:30 p.m. at Hopkins Lawver Funeral Home, 547 Canton Road (Route 91), Akron (Ellet), Ohio 44312, where a Funeral Service will follow the visitation Friday at 12:30 p.m. with Pastor Terry Burkhardt officiating. Burial will take place at Ohio Western Reserve National Cemetery in Seville. In lieu of flowers, the family suggests memorials to the Heroes Harbor Hospice at the Cleveland VA Medical Center, 10701 East Boulevard, Cleveland, OH 44106. (Hopkins Lawver, AKRON, 330-733-6271) www.hopkinslawver.com
To order memorial trees or send flowers to the family in memory of Richard D. Brown, please visit our flower store.