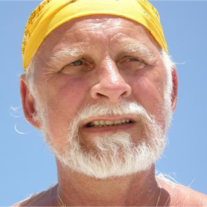 Robert L. “Bob” Anderson, age 70, passed away on March 18, 2019. Born in Akron, he graduated from Hower High School and lived in Uniontown most of his life. Bob was a veteran of the U.S. Marine Corps and Air Force. He retired from the City of Akron as a heavy equipment operator. Bob enjoyed traveling in the Caribbean, scuba diving, playing poker and exhausting games of Monopoly. Above all, he was a devoted husband, father and grandfather. Preceded in death by his parents, Walter and Sylvia Anderson; and brother, Walt Anderson, Bob is survived by his loving wife of 43 years, Carrollyn; sons, Steven Snowberger, Robert Anderson Jr. and Joshua Anderson; daughters, Kathryn (Mike) Hornikel and Shauna Anderson; grandchildren, Steven, Kayla, Aryk, Myranda, Ryan, Natalie, Lilly, Noah, Shaun and Shay; great-grandchildren, Londyn, Cali, Jayden, AJ, Baylee and Lennon; and many nieces and nephews. The family would like to express special thanks to the staffs of Summa Hospital and Summa Hospice, and to Dr. Goswami for years of great care. Friends and family will be received Thursday, from 5 to 8 p.m., and Friday, from 10 to 11 a.m. at Hopkins Lawver Funeral Home, 547 Canton Road (Route 91), Akron (Ellet), Ohio 44312, where Funeral service will be held Friday at 11 a.m. with Father John Zapp officiating. Burial will follow at Holy Cross Cemetery, where military rites will be conducted. The family suggests memorials to the Semper Fi Foundation, 9000 Crow Canyon Road, Suite S178, Danville, CA 94506 or at www.semperfifoundation.org. (Hopkins Lawver, AKRON, 330-733-6271) www.hopkinslawver.com
To order memorial trees or send flowers to the family in memory of Robert L. "Bob" Anderson, please visit our flower store.