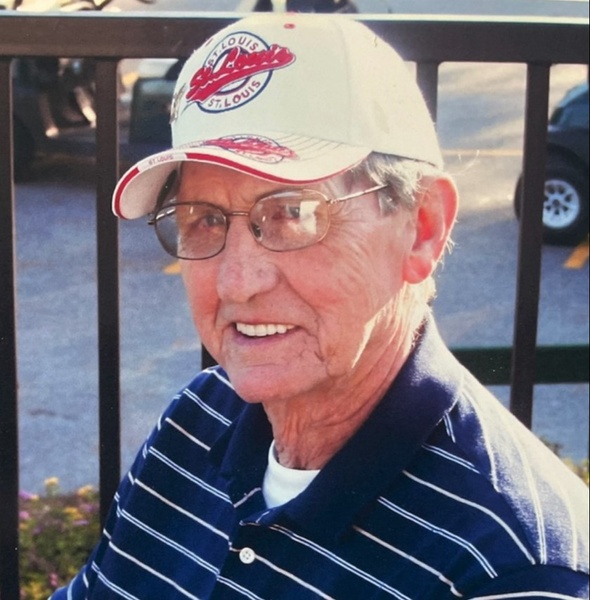 Robert (Bob) Emory McLaughlin passed away peacefully on September 3, 2022 at the age of 91.  He leaves behind his daughters, Judge Kelly L. McLaughlin, and Christie (Timothy) McLaughlin-Peeper, granddaughters, Erin (Steven) Sumpter, and Alexandra Glascock, and great granddaughter, Emery June Sumpter, his namesake.  Bob was preceded in death by his wife of 61 years, Pat, his sisters, Aubrey, and Lila, and brother, James.

Bob was born in Leeds, Alabama, and raised in the Birmingham area.  Bob told stories of his childhood playing with his siblings and cousins, full of mischief, pranks, and a few hair-raising adventures!  Bob served in the U.S. Army stateside during the Korean War, after which his family moved to Akron.

Bob was a graduate of the University of Akron, and was employed by the Goodyear Tire and Rubber Company, retiring after more than 30 years of service.  He and Pat were married for more than 61 years at her death, and he missed her terribly after she passed.  They had two girls and settled in Mogadore.  Bob was a long time member of the American Legion, a Mason, and a social member of the VFW and the Mogadore Moose Club.  He was a member and officer in the Mogadore Lion’s Club for many years, and always volunteered at the beer garden (and had a few) at the Mogadore Firemen’s festival.  He was often the highest seller of tickets to the club’s reverse raffle, which he enjoyed enormously.

Bob loved college and pro football, especially the Buckeyes and Browns.  He bowled and golfed in several leagues, and looked forward to his golf trip to South Carolina every year.  He had a youthful spirit, which made him loved by not only his own friends, but his daughters’ as well.  He was the life of the party, and always enjoyed teasing anyone he thought took themselves too seriously.  Bob never missed one of his girls’ extracurricular events, and was committed to anything he undertook. He adored the succession of dachshunds that brightened his life.

Special thanks go to the staff of The Gables of Green, especially Chris.  We are profoundly grateful for the care and attention you gave Dad.  He will be always remembered, and always missed.

To order memorial trees or send flowers to the family in memory of Robert E. McLaughlin, please visit our flower store.