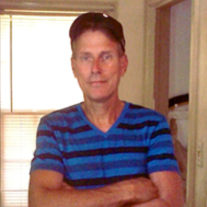 Roger Rich, 56, went home to be with the Lord on January 21st, 2020. Born in Akron, he was previously employed by R.W. Sidley, Inc. as a cement truck driver. Roger was preceded in death by his father, Mayford Rich and his sister Melanie. He is survived by his son, Benjamin Rich; daughter, Emily Rich; granddaughter, Rilynn Rich; mother, Dean Rich; brothers, Doug Rich, Randy Rich and his twin Russell Rich. In lieu of flowers, the family suggests donations be made to the funeral home on Roger's behalf. Cremation has taken place. Funeral service will be held Saturday, February 1st, 2:00 p.m., at Hopkins Lawver Funeral Home, 547 Canton Rd., Akron, Ohio 44312. Friends and family will be received one hour prior to the service from 1:00 to 2:00 p.m. at the funeral home. (Hopkins Lawver, AKRON, 330-733-6271) www.hopkinslawver.com
To order memorial trees or send flowers to the family in memory of Roger E. Rich, please visit our flower store.