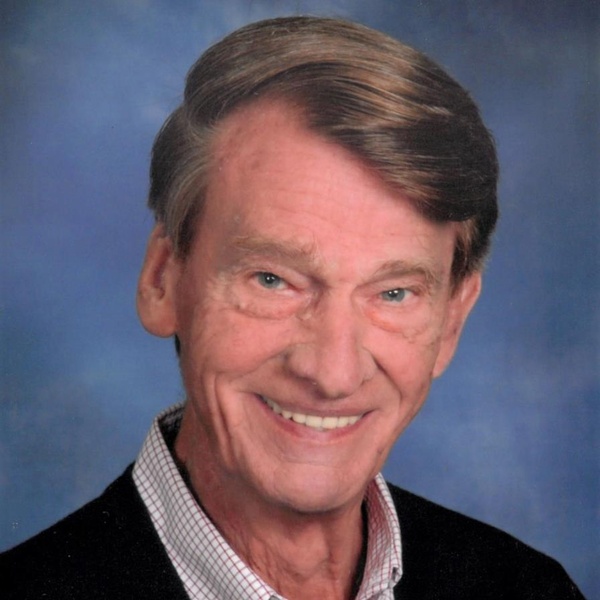 Stephen J. McEntee Sr., 85, passed away Sunday, October 17, 2021, peacefully in his home. Born in Wadsworth, Stephen “Jerry” was a 1954 graduate of Wadsworth High School, receiving a Bachelor’s degree in Mechanical Engineering from The Ohio State University and a Master’s Degree in Mechanical Engineering from the University of Akron. He moved to Uniontown in 1972 and later to North Canton, Ohio. He served in the United States Army and was a longtime member of Grace United Church of Christ in Uniontown. Jerry retired from TLT Babcock (formerly B&W) after 40 years of service, and worked as a consultant for several years following. He enjoyed sports and loved his Ohio State Buckeyes. In his youth he played basketball and baseball and as an adult he enjoyed golf and working for leisure at the Sanctuary Golf Course after retirement. He loved traveling to see his grandkids and going to the beach with family each summer in his post-retirement years. He spent Thanksgiving holidays at Salt Fork Lodge, building an annual tradition for his ever-growing family. Jerry was proud of his membership in the American Contract Bridge League; achieving Ruby Life Master status playing in Club and Tournament games. He served in many leadership positions during his retirement; including treasurer of the Canton McKinley Bridge Unit 213, ordained elder and treasurer of Grace Church, and treasurer of his neighborhood Homeowner’s Association. Jerry was preceded in death by; his parents, Stephen and Lillian; his twin brother, Richard “Dick” McEntee; and his grandson, Andrew Stephen Peters. He is survived by; his sisters, Mary Lou Pisanelli and Elizabeth Gairing; also dear family, Patti Clymer and Lannie Lorson. He is treasured by his 6 loving children, Kelly (Angela) McEntee, Stephen (Darlene) McEntee, Lauri (Jon) Hummel, Teri (Bob) Peters, Meredith Sugar, and Erin (Steve) Lippe. Jerry is a cherished Papa and Grandpa to his adoring grandchildren, David (Colleen), Abbie, and Olivia McEntee; Kati (Mason Offenberger), Ashley, and Zachary Hummel; Ben (Debora) and Matthew Peters; John “Jack”, Luke, and Jonah Knueve, Anna and Joseph “Hank” Sugar; Emily, Adam, Ryan, and Joshua Lippe; and 2 great grandchildren, Andrew Peters and Riley Offenberger. The family will receive friends on Friday from 1 pm to 4 pm at Hopkins Lawver UNIONTOWN Funeral Home, 3553 Northdale Street NW (one block NW of the square of 619 & Cleveland Avenue), Uniontown, Ohio 44685 and again on Saturday from 10 am to 11 am at Grace United Church of Christ at 13275 Cleveland Ave NW, Uniontown, OH 44685. Services will begin at 11:00 am with Rev. Richard Beck and Rev. Joyce Wealand officiating. Final resting place will be Greenlawn Cemetery in Uniontown. Sympathy contributions can be made to Grace United Church of Christ (13275 Cleveland Ave NW, Uniontown) or to a charity of your choosing.
To order memorial trees or send flowers to the family in memory of Stephen "Jerry" McEntee, please visit our flower store.