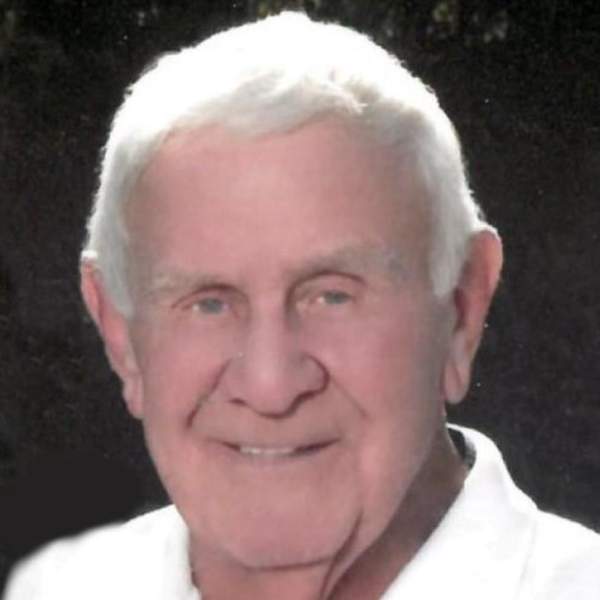 Walter “Bud” Hoisington Bud Hoisington passed away peacefully with his family by his side on March 1, 2021, at the age of 97. He died of natural causes. Bud was born July 23, 1923 in Columbus, Ohio. The family moved to Springfield Twp. during his childhood and built a home in Lakemore. From that time forward he was a lifelong resident of the Akron area. He graduated from Springfield High School in 1942 and in December 1942 enlisted in the United States Navy. After serving four years in the US Navy he returned to the Akron area where he met his wife of 69 years, Edna. He was preceded in death by his loving wife, Edna; parents, Addison “Lee” and Helen Hoisington; and sister, Edith (Kocher). Bud is survived by his two children, Jill of Akron, and Mark (Dianthia) of Jackson; along with four grandchildren, Spencer (Marissa) of Cleveland, Drew (Sara) of Wadsworth, Taylor (Lynsee) of North Canton, and Baron of Canton. He also is survived by six great grandchildren, Parker, Brooke, Carly, and Jordan (Drew and Sara), Hayes and Knox (Taylor and Lynsee). While we are at it, two great granddogs, Dozer (Spencer and Marissa), and Diesel (Taylor and Lynsee). A member of the Greatest Generation he proudly enlisted in the US Navy to fight in World War II in 1942. He was assigned to the USS Witchita and fought in the South Pacific Theatre from 1943 until the Japanese surrender in 1945. He was honorably discharged in 1946. During his youth he lived in Lakemore, played on the sandlots and enjoyed swimming and ice skating on Springfield Lake. He loved playing sports and watching sports during his youth and adult life. He was a three year starter and three year lettermen in football, basketball and baseball at Springfield High School and was on Springfield’s only basketball team to make it to the State Finals in Columbus during the 40-41 season. When he returned from the war he played AA Baseball in Akron for Tiny’s Orphans. After his baseball career ended he took up golf and became a low handicap player. He played in many of the top leagues in the area and was a regular member of the traveling Army/Navy Squad. Bud and Edna gave up their retirement years to care for their daughter Jill after her accident in 1995. Their dedication to maintain their health and wellbeing and to be there for their daughter was truly a commitment to the love parents have for their children. That dedication and caring was truly an inspiration as they never left her side. He loved watching his grandsons grow up. I’m sure the kids will never forget the Saturdays at Grandmas and Grandads. What great stories, watch out for those cars coming through the driveway. He made it a point to be a part of their life and enjoyed watching all the activities they participated in. The many youth league and high school sporting events he was front and center. Maybe sometimes too front and center, just ask the officials! Bud lived a long and enjoyable life. He was a lifelong NE Ohio Sports Fan. He followed the Browns and Indians passionately. And who could forget deciding at the last minute to go to an Indians game and still get those front row seats upstairs behind home plate. However, his passion was his Ohio State Buckeyes and the teachings of Woody Hayes. He raised us all to be Buckeyes! The family would like to thank the nurses from Haven Home Care that over the years have looked after him. We know that wasn’t always an easy task. We also want to thank the professionals from Cleveland Clinic Hospice and the truly caring folks at Pebble Creek Nursing Care who made his last days comfortable and dignified. Friends and family will be received Friday, March 5th from 11 a.m. to 12 p.m. at Hopkins Lawver Funeral Home, 547 Canton Road (Route 91), Akron (Ellet), Ohio 44312. A funeral service will take place immediately after at 12 p.m. with Rev. Dallas Billington officiating. Masks and social distancing guidelines will be followed.
To order memorial trees or send flowers to the family in memory of Walter "Bud" Hoisington, please visit our flower store.