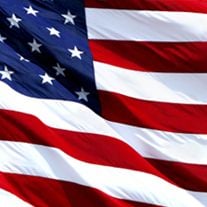 William (Bill) Denham passed away November 9th, 2018. He is survived by his wife of seventy years, Lois Foore Denham. He was preceded in death by his daughter, Michele Stebbins. He is survived by daughter, Randi (John) Bostick of Henderson, Nev.; sons, Mike (Patti) Denham of Akron, and Mark (Lisa) Denham of Hartville; nine grandchildren and eleven great grandchildren. He was the oldest of seven children and was preceded in death by brothers, Emerson Jr., Bob, and Paul; and sister, Pauline Stone. He is survived by sisters, Doris Leonard and Margie Laria. He was loved and will be greatly missed by all of his family. Bill was born September 21, 1927 in Carrollton, Ohio. He joined the Merchant Marines at the age of 17 and served at Sault Ste. Marie. He served in the U.S. Army during World War II and was in the Air Force during the Korean War. He worked in plant protection at Bridgestone Firestone until he retired in 1982. Bill and Lois built a Lake House at Cinnamon Lake and spent many enjoyable years with friends and family visiting. They then moved to Huachuca City, Ariz. in the nineties where he and Lois had a “five year vacation.” When he left the service, he played basketball for Goodyear and had a lifelong love for sports. He coached little league baseball and won the State Hot Stove Tournament one year. Bill coached basketball at St. Matthews and Ellet High School during the seventies. He played in the Senior Olympics in Arizona where he won several medals. Visitation at Oak Hill Church, 2406 Ardwell Avenue, Akron, OH 44312 Saturday, November 17, 2018, from 10:30 a.m. to 11:30 a.m. Memorial service will be at 11:30, followed by lunch in Fellowship Hall. The family would like to thank Altercare of Alliance and the Hospice Services for their loving and compassionate care. In lieu of flowers memorials can be made to the Oak Hill Church Deacons fund. Rest in Peace, Pappy. You’ve earned it. (Hopkins Lawver, Akron, 330-733-6271) www.hopkinslawver.com
To order memorial trees or send flowers to the family in memory of William (Bill) Denham, please visit our flower store.