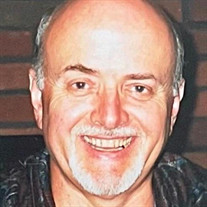 An extraordinary husband, father, grandfather and friend, Roger now walks with his Lord and Savior. He passed peacefully on September 15, surrounded by his family. He leaves to mourn his passing; wife, Judy; daughters, Kelley Rentfrow (Greg), Tracey (Donald Moore), and Cari; sons, David and Darrell (Laura); and was “Papa” to seven grandchildren and seven great grandchildren, and loved by many nieces and nephews. Roger’s faith in Christ Jesus was strong. He was an active member of Greensburg United Methodist, and before that Stow United Methodist churches, serving both over 48 years as a Disciple Bible Study Leader, Sunday School Teacher, trustee and small group leader. Born in Chicago Illinois on April 17, 1939 to Lydia and William Martin, he graduated with a BS in Mechanical Engineering from Missouri Univ. of Science & Technology in 1961. He was an active member of the Beta Chi chapter of Kappa Sigma fraternity and remained in touch with many brothers his entire life. He began work at Firestone Tire and Rubber Co. in 1961, and retired in 1994. Roger obtained his Professional Engineer certificate in the State of Ohio in 1976. He earned an MBA from Kent State University in 1990, and established an engineering consulting firm in 1994, which remained in business for nine years. Roger loved his country and proudly served in the US Army, achieving the rank of 1st Lt while serving with HQ 79th Eng. BN USAREUR in West Germany during the 1960s, returning to his position at Firestone after his overseas duty. In more recent years, Roger made many friends and cherished memories in a variety of volunteer opportunities, including 14 years at Akron General Medical Center, where he received training in hospital ministry, and later Cleveland Clinic Akron General. As an active member of the Munroe Falls Lions Club, he loved portraying Santa Claus at Christmas time, riding on a fire truck throughout Munroe Falls. During the years he was raising children, he was active in Indian Guides, and Cub Scouts. He faithfully served on the Munroe Falls Planning Commission for several years. Roger led an American Cancer Society Man to Man prostate cancer support group for many years. In later years he belonged to the American Legion. He was a lifelong Chicago Cubs fan -- Go Cubs go! Gifted with a great sense of humor, and a very caring way, Roger loved and was loved by many. Rejoice in the Lord always. I will say it again: Rejoice! Philippians 4:4 A private family service is planned, with a Celebration of Roger’s life at a later date to be announced. Memorials may be made to Greensburg UMC, mail to 2161 Greensburg Road, N. Canton OH 44720 or Beta Chi Educ. Found, mail to Kappa Sigma, Missouri Univ. of S & T, PO BOX 2187, Columbus GA 31902-2187.

An extraordinary husband, father, grandfather and friend, Roger now walks with his Lord and Savior. He passed peacefully on September 15, surrounded by his family. He leaves to mourn his passing; wife, Judy; daughters, Kelley Rentfrow (Greg),... View Obituary & Service Information

The family of Roger T. Martin created this Life Tributes page to make it easy to share your memories.

Send flowers to the Martin family.